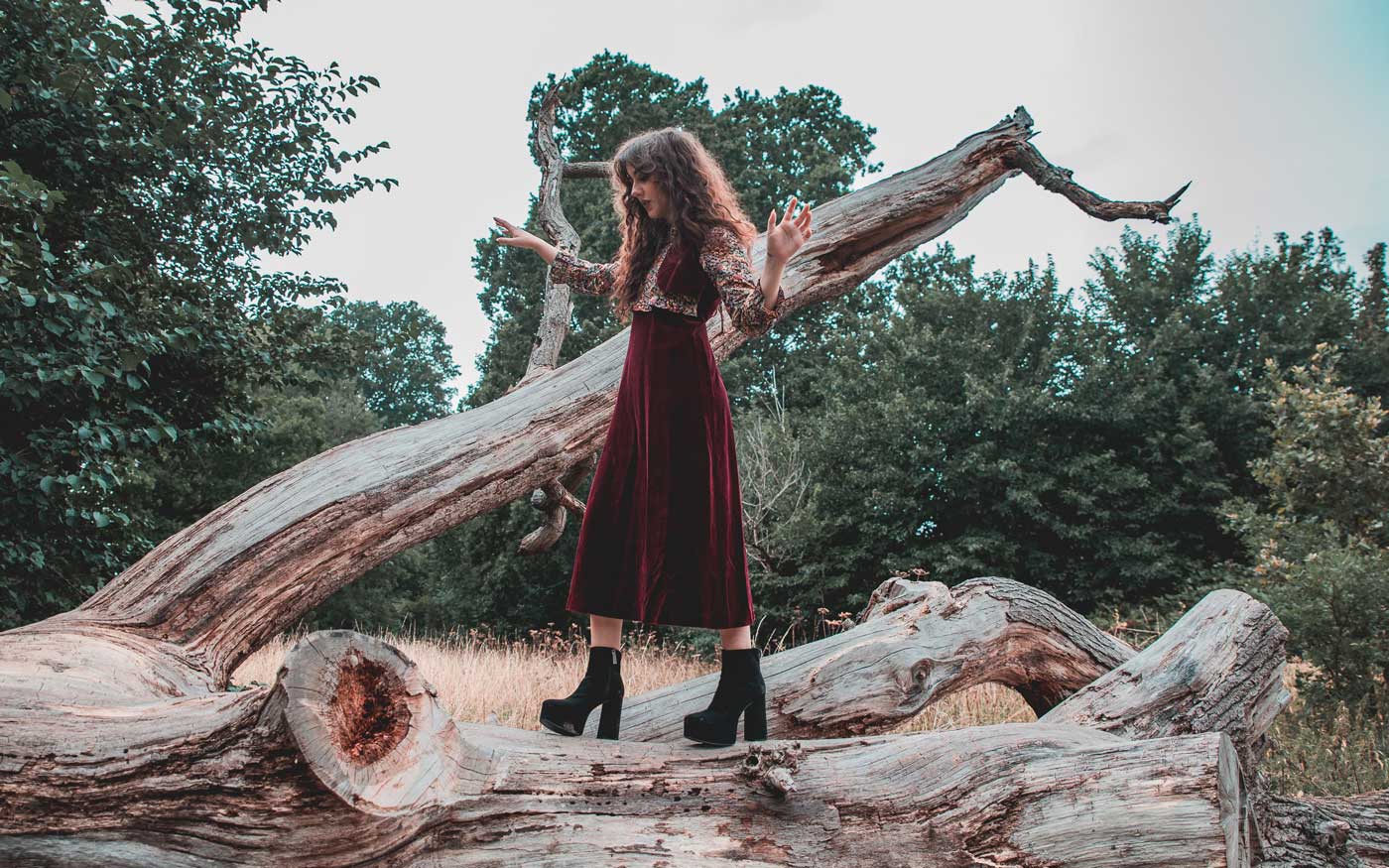 Christmas songs are very tricky. There are many who choose to cover the classics and put their own twist on it which can be endearing for their fans. But when writing an original you are then treading in some deeper waters. Going all-in with a song in a major key and sleigh bells just doesn’t feel appropriate in 2020. When Holly Henderson set out to write a Christmas song this year, it became very clear to her that this may not be the year to rock around the Christmas tree. But what felt appropriate was to bring out the true essence of the Holidays, hope and love.

“This Time Next Year” is an acoustic, baroque-pop work of art. The song feels like it could have been on a Kate Bush Holiday album in 1983. Unexpected twists and turns of harmonic movement and orchestration swirl through the song like wispy snowflakes. You can feel that winter is coming, but as Holly repeats the phrase, “I’ll bide my time”, she is asking us to be patient and perhaps next year we will get that rockin’ Christmas song.

On “This Time Next Year”, Holly Henderson said:

“I wanted to write a Christmas song for some time, this just wasn’t the year for it. I ended up noodling on my guitar, feeling particularly down about the coming festive season, which I think has some sadness about it for a lot of people anyway. It felt apropos of the current locked down, isolating time, to write a simple folk song on my guitar. I didn’t even want to sing, just something simple and nostalgic. As I wrote I felt better. I added horns and bells, it grew into something more hopeful, without it being cringey and I got some of my Christmas spirit back.

I sang over it a few times, and improvised the lyrics over 10 or so takes until I tightened up some loose words. I just sang about my loneliness, my hope for Christmas being a rare, happy moment to cling onto, however it comes – and my hopes for next year being better and reuniting with the people I’ve been missing so badly. It’s a tune for that. I hope it rings an internal jingle bell for whoever hears it. “

“This Time Next Year” is out now on Bandcamp.