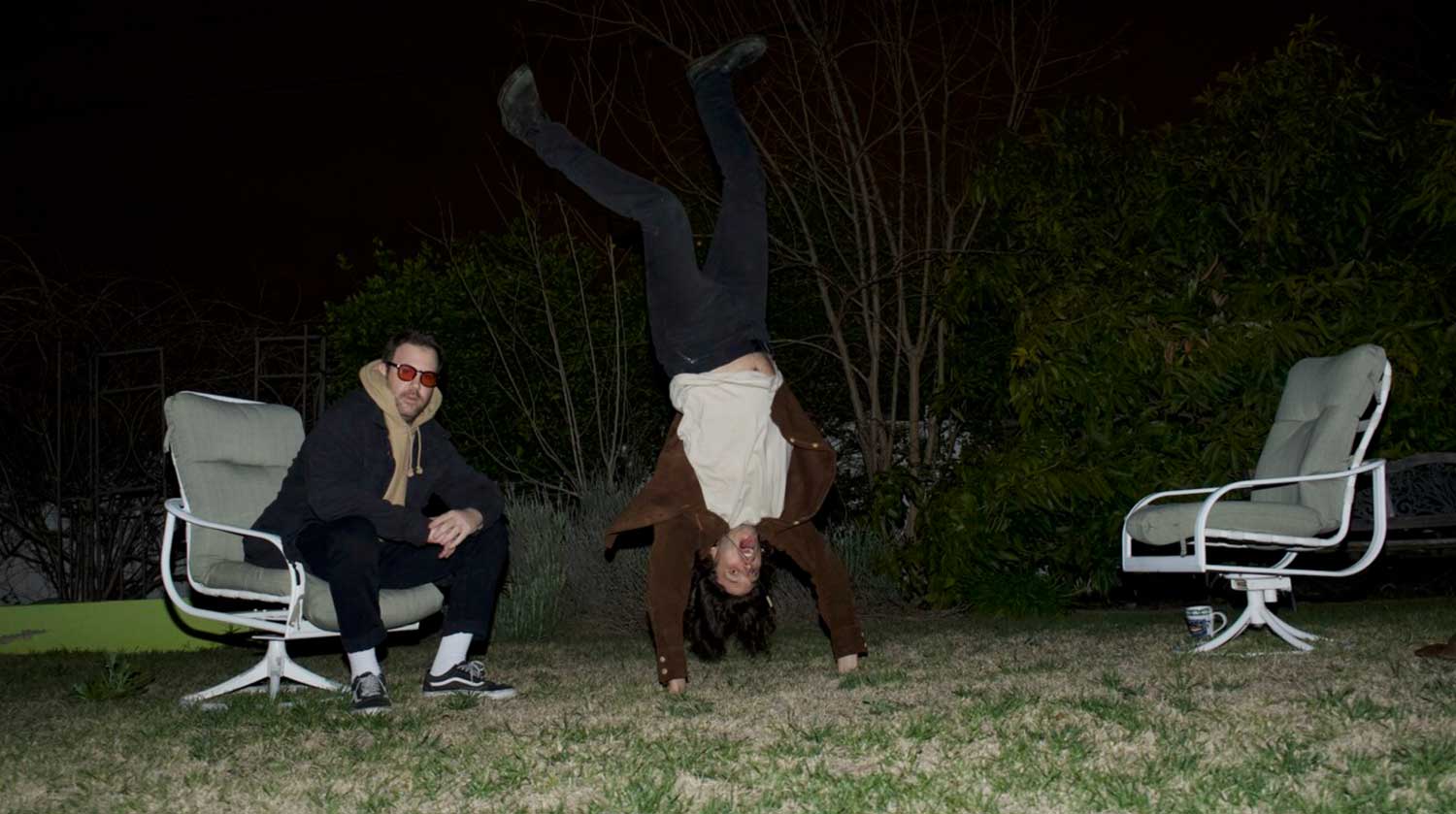 Every independent artist out there has been told by either a label, manager, marketing firm, or booking agent, that they need big social media numbers and monthly Spotify listeners to succeed. Their inboxes every morning are full of solicitations from companies that are guaranteeing to increase their numbers for a few hundred bucks. But does having a large following actually translate into success for an artist? The answer is… “I Don’t Man”. The Los Angeles-based duo, Magic Bronson knows this all too well.

Matt Lieberman (bass, synths, and lyricist) and Michael Nicastro (vocals, synths, production and lyricist) have received a lot of comments on social media asking them why they weren’t more successful, it started them down the path of really thinking about what it means to be a “successful” artist. “I Don’t Know Man” is an absolute banger off their recently released, “Sweat” album. This track is directed directly at those commenters that are asking  “when are you guys gonna make it”. Taking topics like this head-on is what makes Magic Bronson such a special group. They do not shy away from controversial topics and instead hit them head-on, using those themes to create experimental, indie-pop boppers.

I sat down, virtually, with Matt Lieberman to discuss this very important topic.

We really love the concept behind “I Don’t Know Man”! Do you think Instagram, YouTube & Spotify culture has given people a false sense of what success is?

Thanks so much! I think in a way yes. So much of it is based on stats or followers or likes that I think the big picture sometimes gets lost. Also, I think some things get skewed in a weird way. For instance, we have a pretty solid Spotify following with 11,000 followers and 140,000 Monthly Listeners and songs with millions of streams, but if you look at our other socials like Instagram we have under 5,000 followers. So you wonder what’s not translating and I think it could be that people tend to listen much more casually these days with playlists that they didn’t create themselves and aren’t invested in the artists as much as the song. They like the song but they don’t take the time to go visit the artists’ socials and follow them on other platforms.

Do you think people are judging artists based upon the number of likes or plays they see them getting?

I definitely think some people do and I most certainly know that the industry does. I’ve been told before to follow up with management or labels when we have more of a solid following or hit a number like 10,000 Instagram followers. Thankfully there are a lot of people that still judge artists based on their art and music and not on numbers or streams.

Hopefully songs like “I Don’t Know Man” will resonate with people and let them know that if they want to see an artist “make it”, then they should be supporting them by buying merch, concerts tickets, and amplifying them among their friends.

Yes for sure. It’s especially important now with Covid that people support bands they like on sites like Bandcamp where we can sell our merch and try to supplement the income we are losing from not touring and being able to sell merch in person.

The track is a real banger! Can you tell us a bit about the writing and recording process for Magic Bronson?

Thanks! We are glad you guys are diggin it! With us we usually approach it in one of three ways. Either I write a demo and bring it to Mike’s studio, Mike writes a demo and I come over to his spot or we get together at his studio and write something from scratch. Once we get to the Mikes studio together it’s Mike behind the computer and we work on the structure, write lyrics, do tracking and flesh out the rest of the song. For “I Don’t Know Man” I had done the original demo at my little bedroom studio and had the basic chords and lyrics and once I brought it to MIke he tracked the lyrics I had written and we spent a night adding the bells and whistles. We also brought in our friend Vince to play the guitar parts. Honestly, though I think the track went through about 5 or 6 different versions before we settled on the version we ended up releasing.

The new Magic Bronson album, “Sweat” is out now and highly recommended!

Listen to “I Don’t Know Man” and other Trend & Chaos picks on our Spotify Discover Playlist.