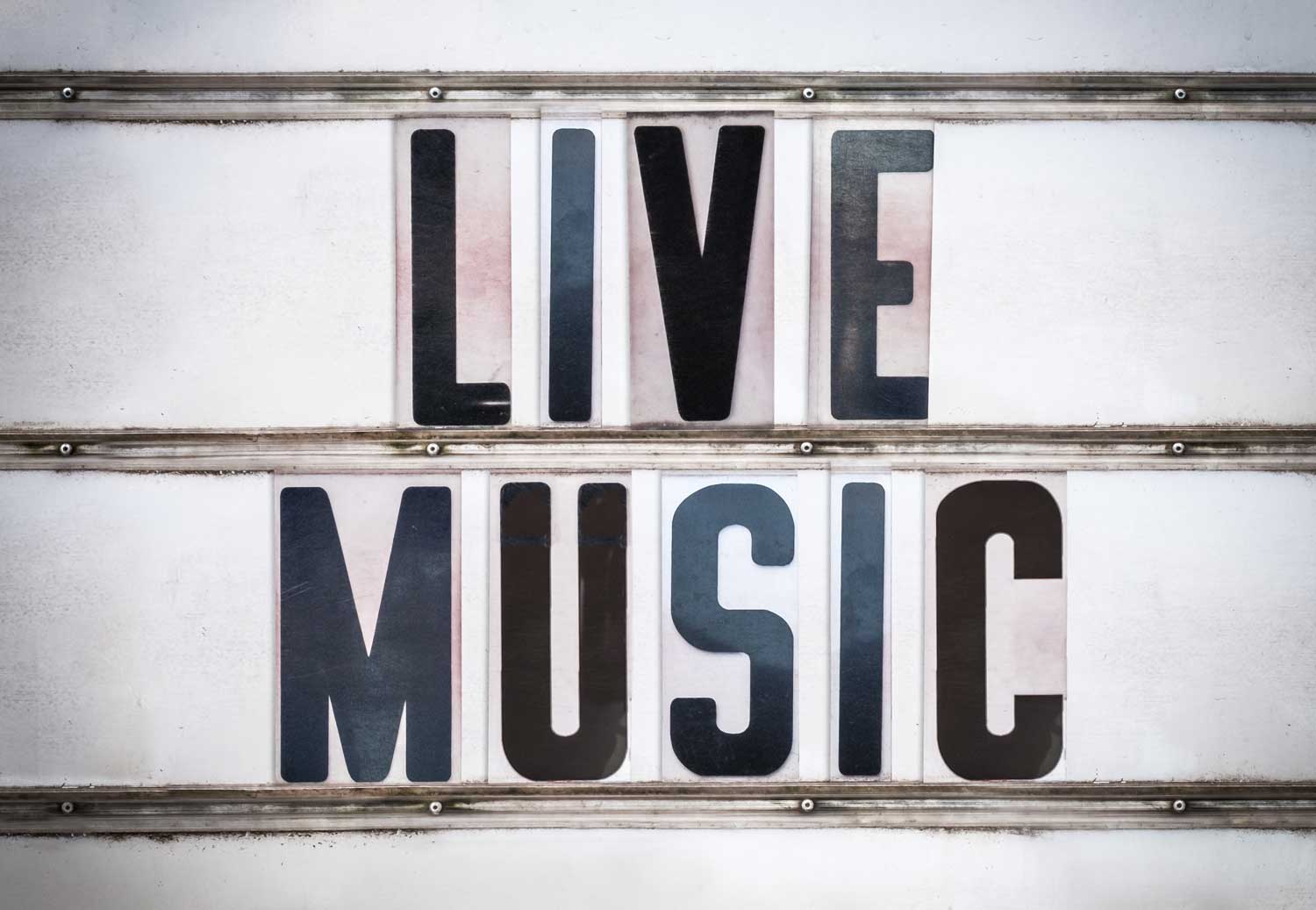 Before COVID, independent musicians were already having their income decimated by the digital revolution. While online platforms have built empires, only pennies trickle to the artists whose work makes up the majority of the valuable content on these platforms. 35% of user’s time on YouTube is spent listening to music, the majority of which is music either illegally uploaded or does not qualify for monetization or entry into their audio fingerprinting system, ContentID. The average streaming royalty on Spotify is .003 cents per play. These ecosystems have essentially killed traditional and download sales. This has created an untenable situation for many independent artists. Musicians are the original “gig economy”, and gig workers by their very nature are extremely hard to organize, creating a situation ripe for exploitation by powerful corporate structures and bad actors.

As a producer, composer, and musician in the business for the past twenty-five-plus years, I’ve seen just about every aspect of the music world radically change which led me to both help found the Museum of Music & Entertainment in New York City (MOMENT NYC), and to join the steering committee of the Music Workers Alliance (MWA). MOMENT NYC’s mission is to celebrate and preserve the diversity of music in New York City through exhibit, education, and performance. A large part of that “preservation” is protecting a landscape in which independent musicians can thrive through advocacy – specifically in NYC, but also for all independent music everywhere. This is where MWA comes in. MWA’s goal is to empower independent music workers through direct action. This was born largely out of a necessity, which is, as they say, “the mother of invention.”

During the COVID-19 shutdowns, the live music and entertainment industries have been hit particularly hard. In a recent survey, we found that over 70% of all musicians and DJs have lost more than three-quarters of their income. In May the industry in New York was at 69% unemployment. When restaurants were given guidance and assistance in opening outdoor dining with legislation, special permitting, and even physical assistance, no such assistance was given to music venues. When indoor seating was allowed at 25% capacity for restaurants, the governor’s appointed State Liquor Authority banned all music-event advertising, and the selling of tickets for music events – thankfully that order was recently overturned. Of course, the second wave means everything is shut down again. We all want a safe reopening, but we must have a seat at the table when that planning happens next time around. We want parity with the restaurant industry, which has better representation in government. That last part is what we must work on. We also need to bring recognition to the fact that there is a large segment of music workers who are not employed through Broadway Theaters or symphonic productions. These groups cannot safely reopen due to their large audiences, fixed seating format, limited access entries, pit musicians packed into small spaces, and solidly unionized workforce that makes partial seating un-economical. Many independent musicians and smaller venues don’t face these issues and need a seat at the table when planning the next safe reopening. We are valuable cultural contributors that are almost completely unrepresented in this discussion because we are not organized as a group with power. MWA’s primary goal is to organize and empower a critical mass of independent music workers. 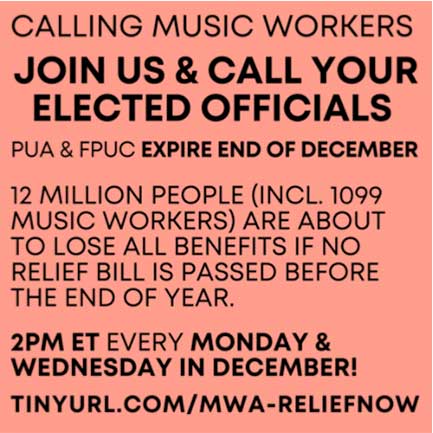 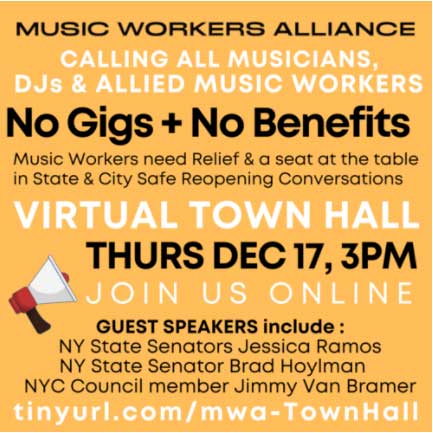 When Pandemic Unemployment Assistance (PUA) ends at the end of December it will affect over 12 million people. MWA is very focused on pressuring the government at every level to pass a plan that will assist all of the unemployed who will be put into dire circumstances when PUA ends. In October we organized the Musicians March for Survival from Central Park down to Times Square in which elected official allies and music leaders spoke to these issues. Throughout December, we’ve held phone banks every Monday and Wednesday, in partner with ExtendPUA, assisting people to call their elected officials with talking points, scripts, and contact information. On Dec 17th we will host a Town Hall at 3 pm for all music workers and some of our best political allies (State Senators Brad Hoylman, and Jessica Ramos, and City Council Member Jimmy Van Bramer). If we organize we can make positive change happen but we need representation. We can’t afford lobbyists. We need to show these progressive politicians that we are their constituency, educate them on our issues,  and through our mutual support, we can do the right thing and support independent music workers who are being left behind. If you’re reading this before Dec 17th, you can rsvp to join this virtual Town Hall here: bit.ly/mwa-townhall

Music Workers Alliance wants to hear the voices of all music workers, your voice and/or idea might just be the one that makes a difference! Discussions with people in similar circumstances from a wide variety of backgrounds are a great way to learn, break down barriers, and make important connections. As the music business continues to change it’s important for independent musicians to be aware of how those changes may impact their work and to have trusted sources who are looking out for our collective best interests.

Genji Siraisi is the Director of MOMENT NYC, a founding member of the Grammy-nominated band Groove Collective, and a steering member of MWA.
Follow Genji: MOMENT NYC | Facebook | Instagram

Genji Siraisi is the Director of MOMENT NYC, a founding member of the Grammy-nominated band Groove Collective, and a steering member of MWA. Follow Genji: MOMENT NYC | Facebook | Instagram