We are always amazed to hear stories of young artists and producers and how they got their first big break. To get this type of insight is an invaluable lesson that we think many artists young and less young can learn from. It really shows that you make your own opportunities and success is out there if you are willing to work hard to find it.

We got the chance to sit down with young producer/remixer Nomis. Nomis got introduced to writing music through his love for the rising electronic dance music movement. After a few years, he got his first big break on The Vibe Guide Official’s YouTube channel. His remix of The Chainsmokers’s hit “Roses” accompanied by a self-made lyric video has received over 1 million views. A couple of months later he released his first original “Over You” featuring the Lithuanian singer/songwriter Beatrich. Nomis was then asked to remix Axwell and Shapov’s “Belong” which has received almost 1 million streams on Spotify.

Nomis’ new EP, “Remember?” is out on La Belle Musique. The EP flows in an out of scratchy electronic instrumentals, to vibey, melodic indie-pop, like the standout track “Moderate” featuring Lulunah.

La Belle Musique is a stellar music label with a thriving Youtube channel with over 1.7 million followers. La Belle Musique’s playlists are extremely popular and you should definitely be following them on YouTube and Spotify.

You are a self-taught musician and producer, is that correct?

Partly, yes! I’ve attended musical schools from when I was 8 until when I was 18 (once or twice a week) which has helped me a lot with music theory, sense of rhythm and things like that! Being able to play multiple instruments also really helped with the composition of songs. After I quit music school I continued working on my music by my self and I guess you could say that from this moment on, I became a self-taught artist!

After a few years trying to break into the industry, you had a very successful remix of The Chainsmokers’s hit “Roses” which received over 1 million views on YouTube. Can you tell us how the success of that remix changed your career?

This actually changed my music “career” a lot. This was the first time that something I made, got featured on a youtube channel and I remember being super freaked out about it and telling all my friends. What changed the most is having more opportunities to work together with other people in the music industry which was super fun. The manager of the channel The Vibe Guide (who featured my remix of Roses) helped me a lot to get into contact with people and because of him I got into contact with the Lithuanian singer Beatrich with whom I released my first single! I also was able to remix some major artists including Axwell, Alec Benjamin and THEY. A lot of the successes I’ve had have been thanks to him and I am super grateful for that!

Did you find that working on remixes helped you to develop your production skills?

Definitely! Before I had worked with vocalists, making tracks without having vocals was often quite hard because there’s no main structure in your tracks. Finding an acapella online and using this to get some structure in my tracks was a major game changer and I think that, during the period of time where I was making a lot of (and solely) remixes, my music improved a lot!

What are your main influences and sources of inspiration?

My main influences and sources of inspirations are the music I am listening to at that moment! When I hear a track that I really like, I always think to myself: “Damn, I want to make something like that!”. I always start out with this idea but change a lot of stuff along the way which makes into an original track that has my style and feel.

Your new EP, ‘Remeber’, has elements of dance music, lo-fi, indie-electronic and folk. When you start working on a song what comes first, beat or melodic content?

It really depends from song to song. When I find a sample that or have a melody in my head that I like, I start working around it, otherwise I start with a beat and make some chords and a melody according to this. For this album I took a different approach. I started playing chords on the piano and made melodies by just jamming. I came up with all the ideas for the album like this except for Feel Again, which I came up with by jamming on my guitar.

What are some of your favorite pieces of gear?

I don’t really have a studio so I’ll tell you my favourite tools I use on my computer! I love the plugin Halion Sonic SE, which is a great plugin for acoustic instruments. The pianos in all the songs on my EP are all played by this plugin. For synths and basses I use Sylenth1, a really great, easy to use and very affordable plugin.

Any advice for young musicians and producers who are just starting out?

My advice would be to work on sound design and mixing/mastering a lot and fine-tuning your own unique style before releasing dozens of songs. There’s a lot of artists out there with great music so you have try and differentiate yourself from the masses!

Thank you for taking the time for the interview. We are looking forward to hearing whatever is next for Nomis.

Thanks for giving me the opportunity of doing an interview with you!

Listen to Nomis – “Moderate” and other Trend & Chaos picks on our Discover Spotify Playlist. 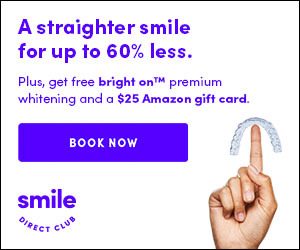